There are two main reasons why the Ebola outbreak in West Africa has become so overwhelmingly rife. The first has to do with the travel patterns of bats across the African continent; the second, recent weather patterns in the region. Informing oneself with the origins of the Ebola virus, where it started, to where it spread to, and so on, is important and definitely time well spent. The said knowledge can in turn provide the necessary information to develop an antidote. However, because we are still in the early stages of fact gathering, any expectation to come up with a cure right away would be impetuous and not in accordance with reason. For now, we can only share with the world the little information we have gathered, and that information mainly has to do with the history of the virus. Our doctors at Doctors Clinic Houston are putting in extra hours to find out what can be done to obviate any potential Ebola outbreaks.

The Ebola outbreak started out in Guinea, and, shortly after its emergence, spread to the neighboring countries of Liberia and Sierra Leone. Sadly, an incredibly dangerous virus has emerged in the region of the world that is arguably the least prepared for it.

The Ebola virus has five species, and each has resulted in outbreaks in different regions. Experts were absolutely shocked to discover that the most noxious Ebola virus of all wasn’t the one that originated in Guinea, but the one that originated in Zaire. This Zaire Ebola virus is the culprit that is even striking fear into the eyes of those in the western world. It has killed up to 90 percent of those infected with it. And it is showing absolutely no signs of slowing down.

For now, all we can do is continue our research – assiduously and with a commitment to reason and evidence.

CDC: First case of MERS infection transmitted inside the U.S. 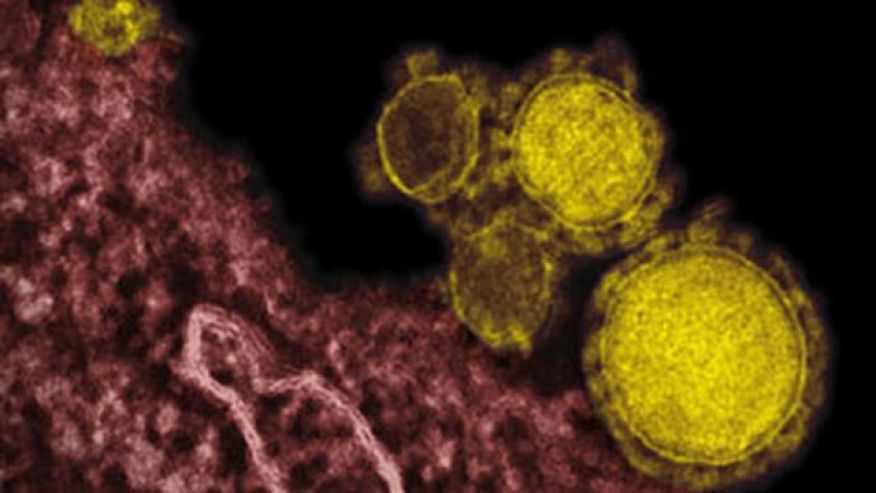 The case was discovered as part of an investigation by U.S. health officials to track people who came in close contact with the Indiana man, who became the first person diagnosed with MERS in the United States. He was diagnosed with the virus on May 2.

MERS, first found in the Arabian Peninsula in 2012, is a coronavirus — the same group of viruses as the common cold. It attacks the respiratory system.

Symptoms, which include fever and a cough, are severe and can lead to pneumonia and kidney failure. Gastrointestinal symptoms such as diarrhea have also been seen, according to the WHO. There is no vaccine or special treatment, and it can be fatal in up to one-third of cases, Dr. Anne Schuchat, assistant surgeon general for the U.S. Public Health Service told CNN recently.

Many of the cases are in Saudi Arabia and the United Arab Emirates.

No one knows exactly how the virus originated, but evidence implicating camels is emerging. In a recently published study in mBio, researchers said they isolated live MERS virus from two single-humped camels, known as dromedaries. They found multiple substrains in the camel viruses, including one that perfectly matches a substrain isolated from a human patient.

The Illinois case was discovered as part of an investigation by U.S. health officials who tracked the movements and contacts of the Indiana man, who was an American health care provider who had been working in Saudi Arabia and was on a planned visit to Indiana to see his family.

He traveled April 24 from Riyadh to London, then to Chicago, and took a bus to Indiana, officials said.

The Indiana man “had extended face-to-face contact with a business associate (Illinois man) on April 25, and then another brief contact on April 26,” Swerdlow said.

The Indiana began experiencing shortness of breath, coughing, and fever on April 27, the Indiana State Department of Health has said.

He was admitted to Community Hospital in Munster, Indiana, on April 28, the same day he visited the emergency department there, the health department said. The man was released from the hospital last week.

The MERS virus appears to have presented differently in the Illinois man, who reported only mild-like cold symptoms.

“There is a broader spectrum of MERS than first thought… you can have no symptoms,” Swerdlow said.

There are no travel restrictions to the Arabian Peninsula; however, the CDC suggests that people who visit there monitor their health and watch for any flu-like symptoms. If you do feel unwell after such a trip, be sure to tell your doctor about your travel.

Moms and dads did you get an instant headache when the kids informed you that it’s SPRING BREAK, then asked “where are we going for spring break?” well I have a few suggestions for you… #1. Buy lots of milk and cereal because as you know they are always hungry. #2. Then take your teenagers to a Doctors Clinics Houston facility for a Houston Acne Treatment to treat those pimples; or if you have some special concerns take those concerns and your teenager to a Doctors Clinic Houston Drug Screening, you will sleep better once your kid is clean. After all the healthcare concerns are taken care of, call a taxi and take yourself to one of our Houston Medical Spa Treatments for the very special Houston Medical Facial Treatments. This is Lenny wishing you a safe and HEALTHY Spring Break!

Tuberculin (TB) skin test are required if patient is two years of age or older.

Serologic (blood) test for HIV and for syphilis are administered to patients that are 15 years of age and older. Patients under the age of age 15 can be tested for HIV or syphilis if there is reason to suspect the possibility of infection.

Vaccinations: Depending on your age, medical history and current medical condition our physician will determine which of the listed vaccinations are medically appropriate for you: